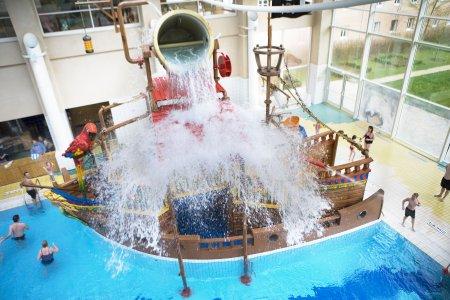 Rooms
The hotel offers uniquely flexible bedroom system allows groups of up to ten to be economically accommodated together. All the accommodation units are equipped with a host of modern amenities.

Restaurant
Guests can dine at the onsite restaurants that serve breakfast and delicious food items. You can unwind with a fine drink at the cosy bar.

General
Conference facilities are also available for people on business travel. During leisure, you can relax at the outdoor pool or explore the city and its surroundings.