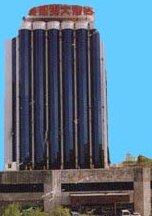 Location
Hawaii Hotel Chuangchun is located in the Economic Development Zone and has direct bus access to Renmin Square in the city centre.

Rooms
The hotel has comfortable and well-furnished rooms that are decorated in European style, equipped with standard amenities.

Restaurant
You can relish the Chinese and Western cuisine served at the hotel in a peaceful atmosphere.

General
A well-equipped business centre is also available for people on business travel. Favourbale parking facilities are also available on the hotel's premises. During leisure, you can explore the city and its surrounding attractions.