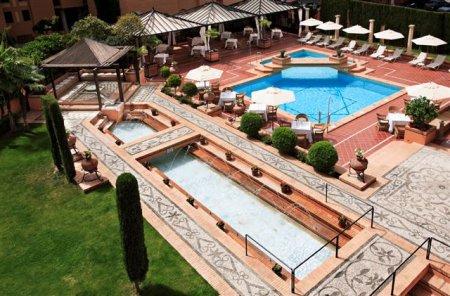 Location
Situated on Paseo Enrique Tierno Galvan, Saray Hotel Granada lies right opposite to the Congreso Hall with its panoramic lift offering a wonderful view of Granada. The Andalusian city that is home to the gipsy spirit of Sacromonte and Arab treasures of the Alambra lies in the shadow of the snow-capped peaks of Sierra Nevada.

Rooms
The hotel offers 213 guest rooms that are equipped with all modern amenities.

Restaurant
The cuisine of Granada is an explosive combination of traditional and innovative cooking, inspired by Nazarene and Mozarabic cultures.

General
During leisure, guests can relax at the cosy bar or take a dip at the refreshing swimming pool.