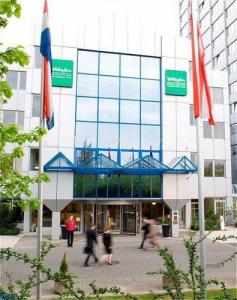 Location
This hotel is situated within easy reach of the city centre. There is good public transport nearby with the tram-stop Hohenschonhausener Strasse just outside the hotel. Underground and S-Bahn are either within 20 mins walking distance or 4 stops by tram.

Rooms
The standard rooms are comfortable and appropriately equipped to make guests feel at home. The business rooms are designed with the very latest in office technology.

General
The hotel offers live music in "Jeffrey's" Pub on Thursday nights. In the summer month's guests can sit out in the beer garden or on the terrace.