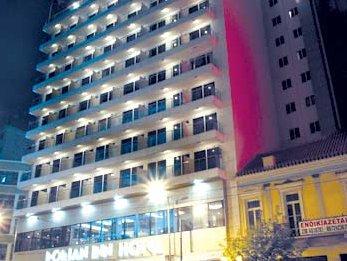 Situated in the heart of Athens, the Dorian Inn Hotel is in close proximity to the Omonia Square as well as the shops and businesses. The Dorian Inn Hotel offers comfortable and well-furnished guestrooms, equipped with modern amenities. You can enjoy a drink and dine at the in-house restaurant that serves a variety of delicacies. Conference facilities are also available for business meets. During leisure, guests can relax at the swimming pool.