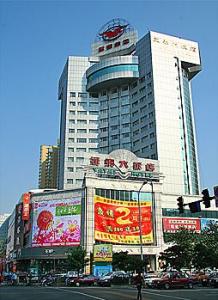 Location
Located in the centre of the city, Yatai Hotel Changchun is only two kilometres away from the railway station.

Rooms
The hotel offers 211 guestrooms and suites that are in good condition, simply decorated and well appointed with standard amenities.

Restaurant
Guests can dine at the onsite restaurant, which serves authentic Chinese cuisine in a pleasant atmosphere.

General
Yatai Hotel also provides a well-equipped business centre for all your private or business needs. During leisure, you can relax at the lobby and have a chat with friends or business delegates.