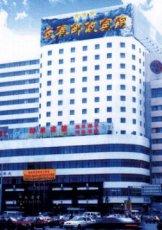 Location
Post Hotel Changchun is situated only 50 metres away from the railway station and enjoys the ideal location in the business centre of the city.

Rooms
The property offers clean and comfortable rooms that are air-conditioned and equipped with standard amenities.

Restaurant
Guests can dine at the on site restaurant that serves a variety of delicacies or have a drink at the lobby bar.

General
Business guests can avail of the services of the conference room. Guests arriving with their own transportation can avail of convenient parking facility on-site. The hotel is in a good location and is highly recommended to budget travellers.