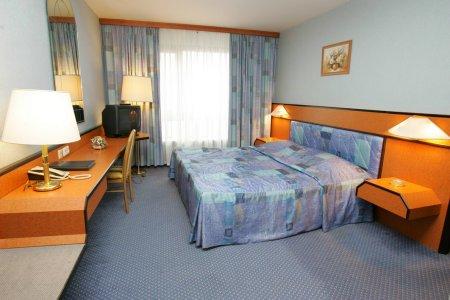 Ideal for business or vacation, Cosmos Hotel Moscow offers the perfect balance between the warm and relaxing feel of a stately home and the comfort of state-of-the-art facilities.

Rooms
All the accommodation units at the hotel are well furnished and come with a host of modern amenities.

Restaurant
You can have pre dinner drinks at the bar and later dine at the onsite restaurant that serves a variety of delicacies.

General
Guests travelling on business purpose can make use of the well equipped conference room for various business meets and seminars. The extensive leisure facilities at the hotel include a swimming pool, gymnasium, spa and sauna.