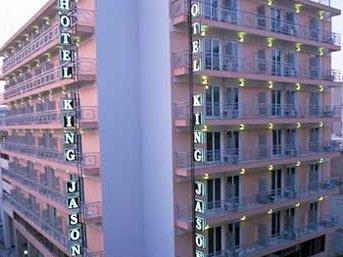 Location
Conveniently located in the commercial centre of Athens and with easy access to many places of interest, the King Jason Hotel is a comfortable base to explore the city. Tourist attractions include Omonoia Square, Acropolis, Museums, Parliament and the old town of Plaka.

Restaurant
The hotel restaurant offers a wide selection of local and international specials in a pleasant ambience while you can also sip a cocktail at the comfy bar.

General
The King Jason Hotel also provides conference facilities to meet your business needs. Close to the Psiri area with Greek taverns and the Plaka area, this property is a perfect choice to explore the city.