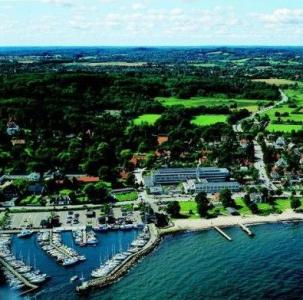 The Quality Hotel Marina is exclusively located next to Vedbaek Harbor with a view over Oresund.It is close to many attractions and amusements including Art museum, Louisiana, Kronborg, Castle of Hamlet, Fredensborg Castle, Karen Blixen and the Nivagaard Collection.
The hotel offers rooms with a wide range of amenities. All the rooms are well furnished and elegantly decorated. It shows all the positive aspects that a caring family environment implies, including the inherent feeling of personal security and individual care.