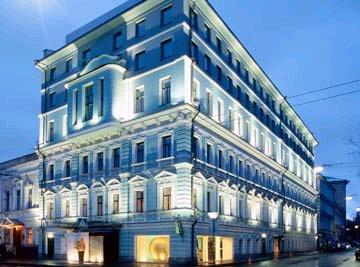 Golden Apple Hotel Moscow is centrally located within the central business district, stylish restaurant and prestigious shopping area, theatres, museums and nightlife. It is only a 3-minute walk from the railway station. The hotelРІР‚в„ўs image is based on the unique twist of modern interiors and distinctive design within the space of classical historical building.
The hotel offers 92 rooms and apartments that are well equipped with numerous modern amenities. All rooms come with a modem and Internet access. The onsite restaurant serves a wide variety of modern innovative cuisine. A well-equipped business centre and meeting rooms that can organise various events are also available.