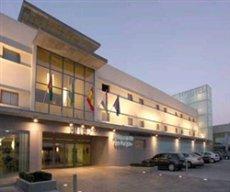 If you are planning for an ideal holiday destination in Granada and Province, the Capitulaciones Hotel is a perfect place for you to reside and explore the surrounding areas.

Location
The Capitulaciones Hotel is located in a historic setting founded by the Catholic Kings. The hotel is situated five minutes from the city airport and just outside the town of Santa Fe. The centre of Granada can be reached in fifteen minutes by car and the ski resort of Sierra Nevada in approximately an hour by driving.

Rooms
The hotel has 93 guestrooms that are comfortable, well furnished and equipped with standard amenities.

General
Hotel amenities further include external and internal parking, laundry, room service, and snack bar with terrace as well as facilities for celebrations and events with capacity for up to 700 people.