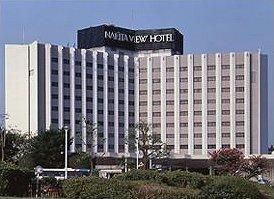 Location
Rising elegantly above the greenery of Narita Hill, Narita View is a resort hotel that captures the splendor of the season. Tokyo International Airport is only 15 minutes drive from the hotel, it is not only located in beautiful surroundings, but also offers exceptional conveniences.

Rooms
There are guestrooms at the hotel that are well decorated and equipped with several modern amenities.Attentive room service is also available for your convenience.

Restaurant
The in-house restaurant caters to a variety of sophisticated tastes from splendid French fare with a spectacular night view to authentic Japanese and Chinese cuisine, or light refreshments out on the bright and open space of the patio.

General
The hotel also features a conference room for people travelling on business issues. Spacious parking facilities are also available for your conveniences.