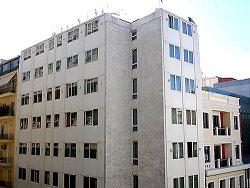 Situated in the centre of the city, the Amazon Hotel is 150 metres away from Syntagma Square, parliament and presidential building. You can just take a walk to the picturesque Plaka with its traditional rhythms, houses, charm roads, taverns and all the shops with the traditional popular art objects.
Amazon Hotel features 46 air-conditioned bedrooms that are equipped with all modern comforts. Onsite, a snack bar, dining room, a breakfast room and a cafe-bar are available. Business travellers can make use of the conference centre, provided at the premises.