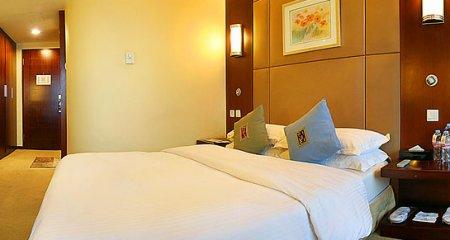 Location
Ideally located at the center of the city, the hotel is only minutes driving distance from the railway station and the airport.

Rooms
The rooms are big and attractively decorated in soft color. It is furnished to a high standard.

Restaurant
The hotel offers choices of sumptuous Chinese cuisine and Thai cuisine for your dining pleasure. The cafe provides good place for relaxation.

General
The hotel also boasts for its banquet facilities and full entertainment equipment. Guests can find comfort and good service that one could expect from a superior four-star hotel.