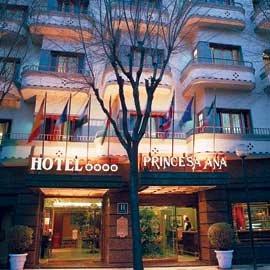 Location
The hotel is situated in one of Granada's elegant residential areas, along the fashionable Avenida De La Constitucion.

Rooms
The rooms are all spacious and tastefully decorated, providing all the facilities expected of a hotel of this category. The rooms have all been individually appointed and combine both comfort and design. There are suites with private lounges and duplex rooms both twin and single.

General
This hotel mantains its traditional style in its furniture and decoration, with very special charm.