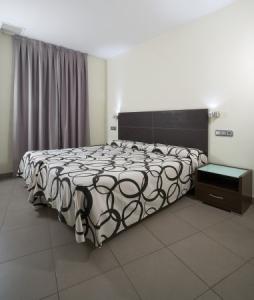 Los Girasoles II Hotel Granada is located in the city centre, close to all that the city has to offer.

Rooms
The comfortable bedrooms are well-maintained and equipped with modern amenities.

Restaurant
No information is available at this time

General
The cosy lounge is the right place to relax after a tiring day or to meet friends and associates.