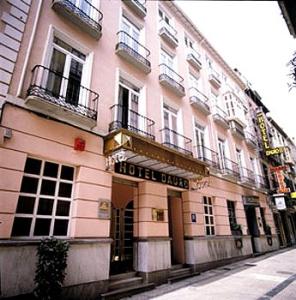 Location
Located in the heart of Granada, Best Western Dauro II Hotel is only 5 minutes from Alhambra. The property is situated in a quiet commercial and pedestrian street and is within walking distance from the congress centre.

Rooms
All the guestrooms are elegantly decorated and feature latest amenities, providing the much-desired comfort to the guests.

Restaurant
Begin your day with the delicious breakfast served onsite and after a tiring day you can chill out with favourite drink at the cafe-bar.

General
During free time, you can browse the net or simply relax in the comfortable lounge area. Other facilities at the hotel include reunion halls, television and games room, and parking service.