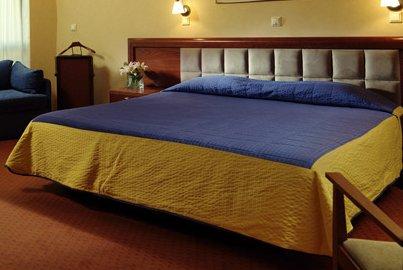 Location
Placed amidst the Karaiskaki and Omonia Square, the Stanley Hotel has easy access to the shopping areas of the city.

Restaurant
Guests can choose from the 2 onsite dining venues that serve an array of delicious dishes, which include Greek and international cuisine with a la carte menu. You can also relax at the bar sipping your favourite drink.

General
This property with well-appointed conference facilities is an ideal venue for business gatherings. During leisure, you can take a refreshing dip at the swimming pool as well.