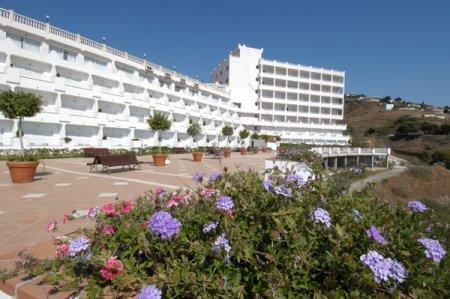 Friendly service and comfortable accommodations at the hotel will make you feel right at home.

Location
Situated just 3 kilometres away from the city centre and 4 kilometres from the beach, the Salobrena Hotel is an ideal place to enjoy the province of Granada.

Rooms
The hotel provides 195 rooms that are well decorated and equipped with several modern facilities and services.

Restaurant
Guests can dine at the restaurant, which offers buffet service for breakfast, lunch and dinner. The bar is the right place to be when you wish to relax, either on your own or with friends.

General
Guests can relax in the swimming pool and garden while other guests visiting on business purposes can make use of the conference facilities provided by the hotel.