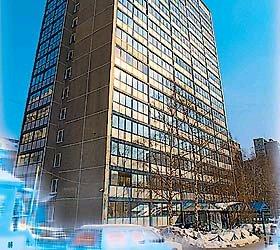 Volga Hotel Moscow is located just 2.5 kilometres from the city centre. The Nikulin Circus on Tsvetnoy Boulevard, Olimpiysky Sports Complex and Obraztsov Puppet Theatre are some the local attractions. The hotel offers 233 comfortable and air-conditioned guestrooms that are well equipped with a host of in room amenities.
A well-equipped business centre is also available at this property for various get together. During leisure, guest can work out at the fitness centre or play a game of billiards. Spacious parking space is also available here for guestРІР‚в„ўs convenience.