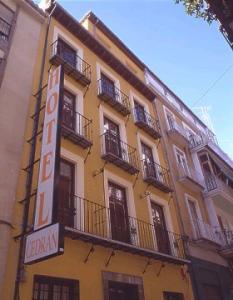 The Cedran Hotel is located in the historical centre of the city of Granada, just 500 metres from the cathedral and 900 meters of the Alhambra. The hotel is built in the unmistakable style of Granada, and exudes warm hospitality, also typical of the city. Located in the commercial area, it is perfect for those on leisure as well as those on business trips. All rooms at the Cedran Hotel have lovely floor parquet and are air-conditioned. Facilities for disabled guests are also provided onsite. Car parking is available next to the hotel.