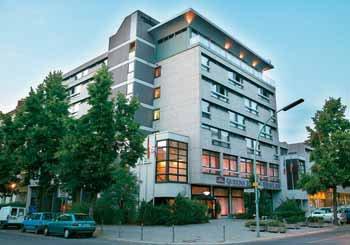 This graceful property in a quiet area, offers elegant accommodation and modern services to make your stay in Berlin an enjoyable one.

Location
The Best Western Queens Hotel is in a central location in Berlin City West with easy connection to train station and airports. The Zoo Tierpark, Gendarmenmarkt, German Parliament Building, Brandenburger Tor, Juedisches Mahnmal and Opera are some of the area attractions here.

Rooms
The hotel offers 107 comfortable guestrooms that are well equipped with numerous amenities to make your stay pleasant.

Restaurant
Guests can enjoy delicious buffet breakfast being served at the hotel's breakfast room, later dine at the onsite restaurant that serves a range of dishes to choose from.