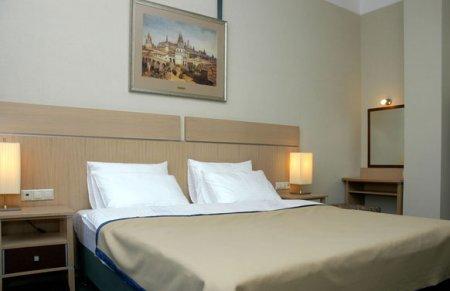 Location
Peter I Hotel Moscow is easily accessible, as the railway station is 4 kilometres away. The tourist attractions include Bolshoy Theatre, Russian Senate and the Kremlin.

Rooms
The hotel boasts 134 air-conditioned bedrooms that are comfortable and equipped with modern amenities.

Restaurant
Guests can dine at the onsite restaurant in a cosy ambience and later unwind at the bar with a fine drink.

General
For the business travellers, a business centre with internet access and conference facilities are provided at the hotel. Guests can make use of the recreational facilities such as fitness centre, sauna and a swimming pool.