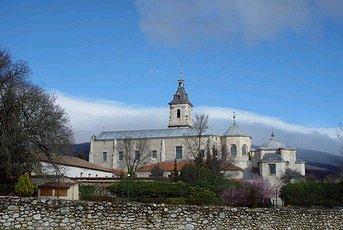 Location
This fantastic property is located just 75 kms from Madrid at the foot of the novacerrada mountains, in the heart of lozoya valley.Nestling in the heart of rolling green countryside it offers an oasis of peace and quiet, far from the madding crowd, where hotel and monastery blend in perfect harmony.

Rooms
The rooms are large and kept in very good condition along with the bathrooms. The 58 rooms are very spacious and well decorated. You can feel history with old paintings in each room, antique but comfortable beds and modern and complete bathrooms.

Restaurant
The gastronomy has to be one of the most pleasant, the first restaurant provides mediterranean cuisine while the other offers the possibility of relishing the best of simple, traditional local dishes in the purest mountain style, serving roasts cooked slowly and lovingly in a wood-fired oven.

General
This hotel forms part of the casthusian monastery from which it takes its name. It occupies what at one time was the hunting lodge of the trastamora, blending modern comforts with a medieval atmosphere.