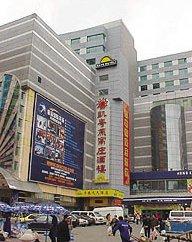 Rooms
The hotel owns new style rooms and suites, all of which are equipped with central air conditioning, satelling digital TV, complementary broadband access and telephone.

Restaurant
Guests can dine at the onsite restaurant that serves a wide variety of Chinese and Japanese dishes.

General
This hotel is a comfortable heaven for pleasure and businessman and has complete facilities for all types of guests.