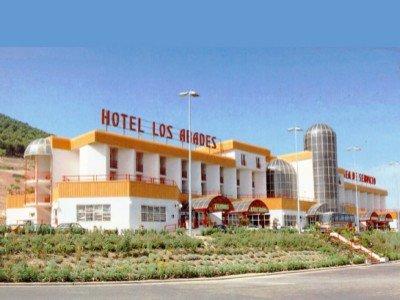 Abades Hotel Loja is located in the centre of Andalusian geography, in Loja, between the Granada and Malaga. The property's privileged location allows a quick and comfortable access to different Andalusian capitals such as Malaga, Granada, Seville and Cordoba. The Abades Hotel has 76 guest rooms that are well-furnished and equipped to provide all the comforts.
The hotel offers a restaurant serving a la carte dishes, 24-hours coffee shop as well as continental breakfast. The 5 conference rooms for various uses and with capacity to accommodate from 20 to 350 people are also available.