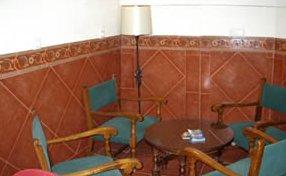 Location
The Azahar Hostal is a budget hostel located within the Alhambra site. It is a great location for those visiting this superb monument.

Rooms
All the guestrooms of the property feature basic amenities.

Restaurant
No info is available at this time.

General
Guests can take advantage of the near by swimming pool to relax during their stay at the hotel. This hotel is specially recommended for guests looking for budget accommodation.