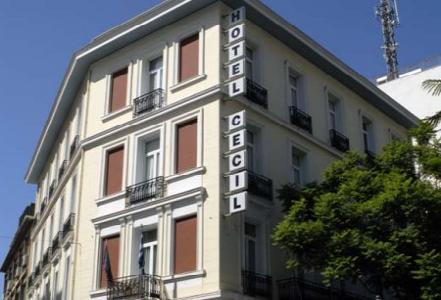 Located 25 kilometres from the airport, Cecil Hotel Athens offers a warm welcome to its guests, combining traditional Greek hospitality and the friendly relaxing atmosphere. The shopping centre, Flea Market and the metro station are just a few metres away.
Cecil features 40 rooms, all of which have private bathrooms and air-conditioning. Most of the rooms have a balcony offering a magnificent view of the Acropolis. Guests can relax at the cosy cocktail bar and choose from a wide range of wines offered.