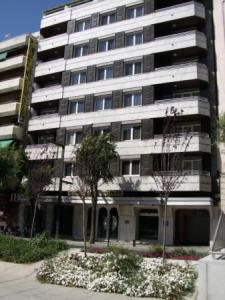 Location
Macia Condor Hotel Granada is located close to the commercial and administrative centre of the city.

Rooms
Guests are offered a choice of 104 air-conditioned bedrooms that are comfortable and well maintained. Attentive 24-hours room service is also available for your convenience.

Restaurant
At the onsite, a cafe restaurant, serving buffet styled breakfasts is available for your dining pleasure.