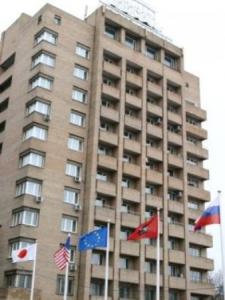 If you are planning for an ideal holiday destination in Moscow, the Bega Hotel is a perfect place for you to reside and explore the surrounding areas.

Location
Bega Hotel Moscow is very close to the centre of the city and its main highways, Leningradsky Avenue and Tverskaia Street. And one the most enjoyable moments of staying here, is the opportunity to watch the races, taking place on the Hippodrome, just from the window of your room.

Rooms
Comfortable and quite, each of the 130 rooms is a perfect fit for travelling person, who chooses nice and pleasant stay. All rooms are well designed and are equipped with either queen-size bed or twin beds.

Restaurant
Surrounded by modern interior and welcoming staff you can try dishes of Russian and international cuisine made especially for you by our chief at the onsite restaurant. The restaurant is a perfect place to organize conferences, seminars or celebrate different kinds of family parties.