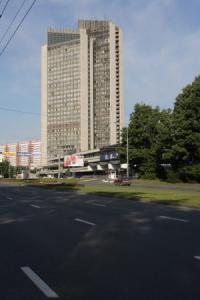 Location
The Central House of Tourists is situated 9 kilometres from the city centre and close to sightseeing attractions like Paleontology Museum, Circus on Vernadsky Avenue and Moscow State University.

Rooms
The property boasts comfortable rooms and suites that are pleasantly decorated and equipped with modern conveniences.

Restaurant
Guests can enjoy a variety of delicacies at the onsite restaurants and later relax with their favourite drink at the cocktail bar.

General
The hotel also offers conference facilities for people travelling on business. Furthermore, guests can play billiards, take a relaxing swim in the pool or unwind at the sauna during their free time.