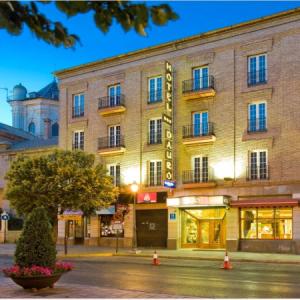 Location
Dauro Hotel Granada is situated in the city centre, with easy access to the Alhambra, Sierra Nevada, and Coast as well as at a walking distance from the congress-centre.

Rooms
The hotel boasts air-conditioned bedrooms that are comfortable and well-maintained with modern amenities. Attentive room service is also available for your convenience.

Restaurant
Guests can start the day with a breakfast buffet offered at the hotel, in a cosy ambience.

General
Business travellers can make use of conveniences such as the Wi fi area and meeting-rooms. This is a perfect hotel for those who want to stay very central in the city with everything within easy walking distance.