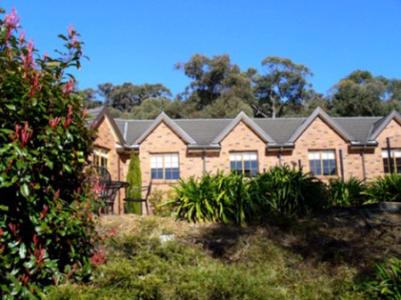 Location
Located in the Blue Mountains City, the property is only a 10-minute stroll from the heart of Wentworth Falls village, with its selection of cafes, restaurants and the railway station.

Rooms
The property offers 20 comfortable guestrooms, all with en-suites and endless views of the valley.

Restaurant
A hearty cooked breakfast offers you the most tasteful and colourful way to start an ideal morning.

General
Blue Mountains Hideaway is a superior venue for you to hold exclusive conference, workshop, birthday, anniversary, reunion or any other special group occasion.