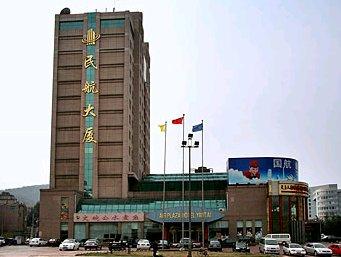 Location
The Air Plaza is one amongst the latest hotels emerged in the coastal city, Yantai. Placed at the centre, this property is just 3 kilometres from the railway station, while the airport is 15 kilometres away. Air Plaza is also a premier choice for both business and leisure travellers.

Rooms
All the 129 spacious guestrooms and suites are equipped with modern comforts to ensure you a comfortable stay.

Restaurant
The guests are served Cantonese, Western, Japanese and Korean cuisine at the onsite restaurant. You can relax after a tiring day with a fine drink at the bar.

General
Well-equipped business centre and meeting rooms are available to make your corporate gatherings a grand success. During leisure, you can also enjoy playing billiards, work out at the gymnasium and later get refreshed at the sauna.