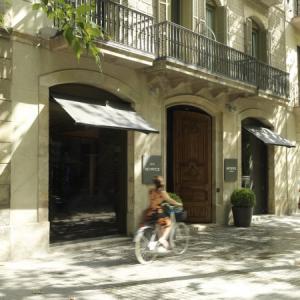 Advance Hotel offers comfortable accommodation and convenient facilities to make your stay in Barcelona a pleasant one.

Location
The Advance Hotel is located in the commercial centre of Barcelona, only 3 minutes from the main tourist sites such as Catalunya Seat, Boulevards and Stroll of Grace.

Rooms
The hotel boasts comfortable and spacious guest rooms that are facilitated with a host of modern amenities. Physically challenged guests can opt for the special rooms designed for their comfort.

Restaurant
You can sip your favourite drink at the bar, which is an ideal place to unwind after a tiring day.

General
During leisure, guests can browse the net or workout at the gymnasium that has the basics to allow you to continue your fitness regime throughout your stay.