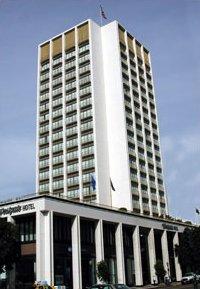 Located in the heart of downtown San Diego, facing the Horton Plaza Shopping Mall, one block from the Gaslamp Quarter, across from the Civic Center and a short walking distance from the Convention Center. The Westgate, San Diego''s Leading Hotel of the World member, a unique one-of-a kind Hotel is filled with priceless antiques and appointments one would find in an elegant home and is known for its personalized service and commitment to quality.