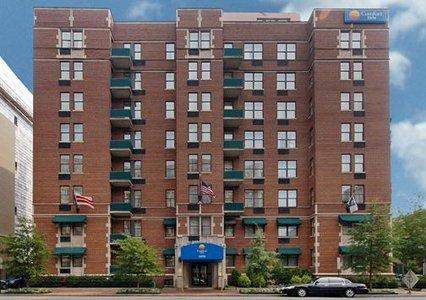 Comfort Inn Downtown DC/Convention Centre is conveniently located at the corner of 13th and M Street. The property is situated within walking distance from Washington Convention Centre, MCI Centre and McPherson Square Metro Station. The Inn has easy access to popular attractions, including the National Mall, National Zoological Park and Smithsonian Institution. A variety of restaurants are placed in the surrounding area.
The Inn has comfortable and well-furnished guestrooms that are equipped with modern amenities. Begin your day with the delicious Continental breakfast served at the in-house cosy breakfast area. During leisure, you can surf the net or workout at the on-site exercise room.