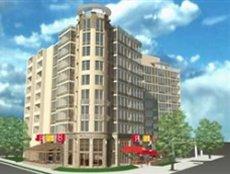 Location
This hotel is located on Fashionable Embassy Row in one of Washington DC most dynamic neighborhoods, Dupont Circle. The hotel occupies entire Island Block allowing each room to have exterior views of the avenues that make DC so elegant.

Rooms
All rooms are oversized and most with sitting areas. The decoration is warm and welcoming and supported by those amenities required by the business traveler as well the leisure guest.

Restaurant
The restaurant features a contemporary American cuisine with a smattering of some traditional favorites to please a cosmopolitan taste.