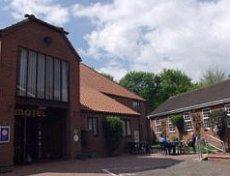 Located in the peaceful area of the rural Norfolk broads, boasting 100 miles of waterways, The Horse & Groom is a modern hotel offering superb facilities. With 20 bedrooms, all equipped to a superior standard, the hotel is also popular for its range of dining services. It provides a special function suite for weddings or business meetings.