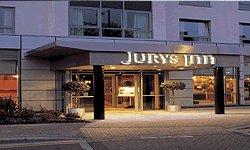 Location
Jurys Inn Chelsea Hotel is located near the fashionable Kings Road. It's within walking distance of Chelsea and Fulham Football Clubs and is part of the 32-acre Imperial Wharf development in London.

Restaurant
Innfusion is a relaxed informal restaurant serving international cuisine at reasonable prices. Breakfast and dinner are served. Inntro is perfect for a quick lunch or a drink with colleagues or friends. The all-day coffee bar is the perfect place for an informal meeting or a snack with friends.

General
Limited meeting rooms are offered for your business needs. Centrally positioned in London, Jurys Inn Chelsea is the perfect location from which to explore all London has to offer.