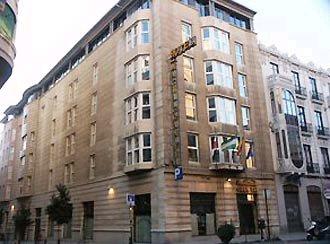 Location
Macia Gran Via Hotel is located in the administrative, commercial and monumental centre of Granada, next to the Cathedral and Real Chapel.

Rooms
The 85 comfortable and finely decorated guestrooms offered by the hotel are equipped with all the amenities.

Restaurant
Guests can enjoy dining at the onsite restaurant and later relax with a fine drink at the cafe.

General
The hotel also offers conference facilities for people travelling business. During leisure, guests can browse the net or simply relax in the comfortable lounge area.