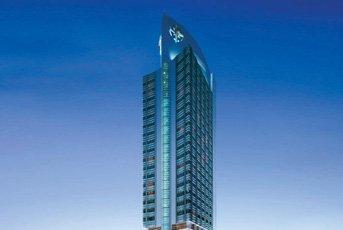 Location
Hotel is located at the heart of Kuwait city with a prime location at the hub of Kuwait's commercial and industrial areas, Kuwait International Airport is 15 kms away, and with a short stroll you will be at the shores of the Arabian Gulf.

Rooms
Hotel has 170 rooms which are well appointed and furnished to the highest specifications both for business and leisure.

Restaurant
The four points restaurant is located on the second floor and offers views of the bustling life of the capital, it serves a wide variety of International Cuisine to suite any culinary performance.

General
The hotel is a mid scale one and has been specifically designed to cater to the needs of business and leisure travellers, it offers a great comfort as well as excellent service and business facilities at attractive prices.