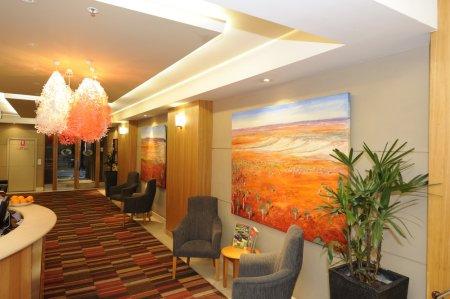 Location
This apartment hotel is surrounded by the best of Melbourne's restaurants, cafes, boutiques, department stores and funky laneways. The property is superbly positioned being just a short stroll from Melbourne's famous tourist attractions.

Rooms
All self-sufficient guestrooms are well equipped with modern amenities to offer you the maximum comfort.

Restaurant
Guests can visit the onsite Fat arnie cafe to enjoy their favourites.

General
The hotel also offers a favourable parking space for the convenience of the guests using their own mode of transportation.