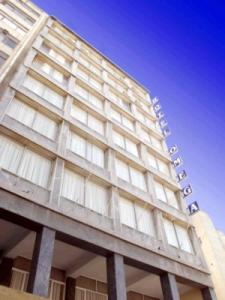 Located in the heart of Athens, Omega Hotel is close to the most commercial and colourful places in the city. The hotel is just a block away from the city hall and Kotzia Square, which is one of the largest squares in Athens. Omega Hotel consists of 54 air-conditioned rooms. All rooms are tastefully decorated with private bathroom, with some of them facing the sacred rock of Acropolis. Guests can enjoy sumptuous continental breakfast or relax at the Roof Garden Bar with fine cocktails.