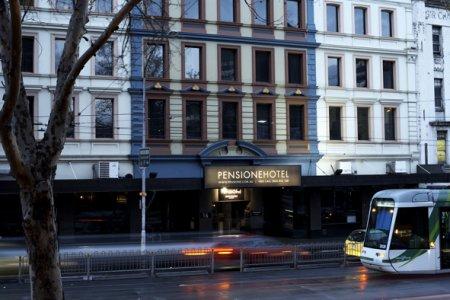 With a friendly and personalised service, the Explorers Hotel Melbourne offers a home away from home experience making it a perfect place for both business and leisure travellers.

Location
Situated in the heart of Melbourne, the Explorers Hotel is within walking distance to many of the cities major tourist attractions including Crown Casino, Melbourne Aquarium, Telstra Dome, Southbank and the Spencer Street Rail and Coach Terminal. Melbourne's free City Circle tram stops by the front door help you get to further areas such as Queen Victoria Market, IMAX, Botanical Gardens, and Melbourne Tennis Centre.

Restaurant
Guests can start their day with the delicious breakfast served or relax at the bar and cafe with some light snacks.