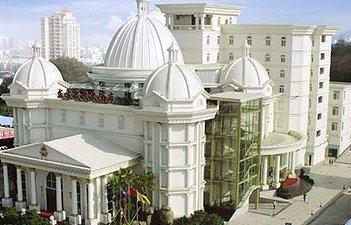 Location
East Palace Hotel Xiamen is located on Nanshan Road, close to the Huli industrial area. Conveniently reachable from all parts of the city, the property is 10-minute away from both the railway station and the airport.

Rooms
All guestrooms are furnished in modern style and nicely furnished with modern facilities.

Restaurant
The hotel has a variety of restaurants featuring both western and Chinese cuisine in cosy and graceful atmosphere.

General
Business travellers can take advantage of the onsite conference facilities. Furthermore, for recreation, guests can relax at the sauna or visit the beauty parlour.