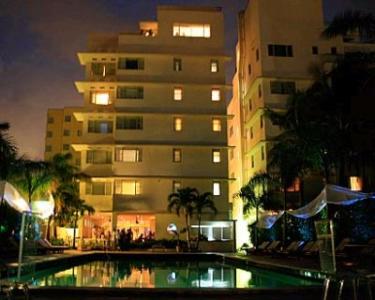 The South Seas Hotel is a newly renovated, classic, 1941 Art Deco Hotel, on one of South Beach''s hippest blocks. Rooms were newly renovated in 2003, combining a boutique ambiance with a contemporary flare. Here you will find a wide array of shopping, cafР“В©''s, nightclubs and art galleries. Featuring 111 rooms with complimentary WiFi and all rooms are included with satellite TV. This property is located directly on the beach with a swimming pool landscaped in lush tropical surroundings, providing a relaxing haven. Complimentary breakfast is included, for lunch and dinner be sure to check out Pilikia by the Pool. The hotel also features an Oceanfront Suite (at request), business center and a meeting space for small conferences. Just a short walk to trendy Lincoln Road Mall, Ocean Drive and The Miami Beach Convention Center. Only minutes from the Port of Miami and Miami International Airport.

* For the months of FEBRUARY, MARCH AND APRIL = 4 RULES MAY APPLY. People staying in the hot