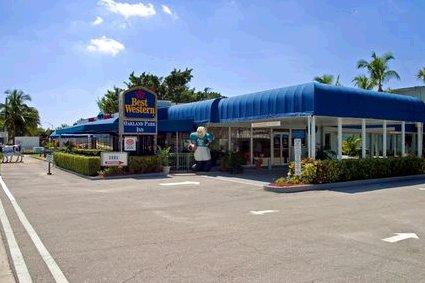 The Best Western Oakland Park Inn is conveniently located near Fort Lauderdale Beach. Located less than a mile to the famous Fort Lauderdale Strip, the hotel is within walking distance to many fine shops, nightclubs and world famous restaurants. The hotel boasts 105 guestrooms that are well equipped with modern amenities. Guests can visit Gauchos Restaurant and Lounge, which is on premises. Relax with your favourite cocktail at Tiki Bar.
Unwind during the day at the lushly landscaped courtyard with heated pool. If you are the adventurous type, you may choose parasailing, deep-sea fishing, scuba diving or just rent a Jet Ski or boat and go sightseeing on your own.