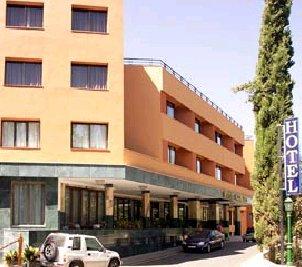 Due to its ideal location and excellent value for money, the Alixares Hotel is an ideal place to stay, when you are in Granada for business or pleasure.

Location
The location of Alixares Hotel is within the complex of the Alhambra, a monument that declared the inheritance of mankind. The hotel is only few minutes away from the city centre.

Rooms
Guests are offered a choice of 171 accommodation units that are provided with a long list of elements intended for their comfort. Specially designed rooms for the easy access of physically challenged guests are also available.

Restaurant
The onsite restaurant offers regional, national and international delicacies for you to feast on. Take a break to relax after a hard day's work with an exotic drink in the hotel bar.

General
Business travellers can make use of the well-appointed meeting rooms for conferences and seminars. There is also a swimming pool available onsite for you to enjoy.